Nottingham Trent University has completed the first phase of refurbishment works of a former Wesleyan Chapel in time for it to become a venue for this year’s degree ceremonies.

The original building at 48 Shakespeare Street, most recently used as a synagogue, was constructed in 1854 to designs by Thomas Stimpson and a large rear extension was added in 1976.

Bought by the University in 2016, the listed building has now been named University Hall and will be opened to the public for the first time later this month for the summer graduation ceremonies.

A new foyer has been created and the chapel has been opened up with the replacement of solid screens with glass. A glass vestibule has been created to the rear, which will act as a lobby for the graduation ceremonies.

Following the ceremonies, work will continue replacing the extension at the rear of the building with a sympathetic contemporary Music Centre. The new extension will provide dance and music studios as well as a dining facility and a green living wall, and will link to the main building via the glass vestibule. Works are scheduled to be completed in Summer 2019.

Steve Denton, Chief Operating Officer at Nottingham Trent University, said: “The refurbishment has been sensitively undertaken with careful consideration of preserving and restoring key features of this wonderful building. It’s a very special venue, and our students are looking forward to marking their graduation in such an exceptional environment. Although the works are not yet complete, we are immensely proud of what has been achieved so far, and look forward to beginning work on the next phase shortly.”

YMD Boon is the firm of architects working on the project and Director Shari Setayesh, said: “We are delighted to see this stunning development coming to life now that phase one has reached completion. These modern facilities can now start to be enjoyed by both students and staff for many years to come. With the graduation ceremonies just around the corner, students can take a first glimpse at the stunning venue, which will propel them into the first phase of their careers. We’re very proud to be a part of delivering the University’s vision on behalf of our client Gleeds.”

Director at property and construction consultancy Gleeds, Tom Shipman said: “We have been involved with this project since the initial acquisition back in early 2016; led by our Adam Nickerson it is a huge achievement on a tricky and complex building to finally see the design and vision coming to life for what will be a development to be enjoyed by students for many years to come. The refurbishment uncovered many issues which the whole team worked seamlessly together to mitigate delay and ensure delivery to programme, it has been an excellent project for us to be involved with on behalf of NTU.”

Dan Bailey, Director at consulting engineers Howard Ward Associates (HWA), said: “This is an interesting scheme which has involved the conversion of a former Nottingham chapel into a university hall for graduation ceremonies. Now that Phase 1 is complete it offers students a stunning location to celebrate their achievements at Nottingham Trent University. HWA is proud to have been involved in supporting the development of this site since it was acquired by the University and to be working on restoring and developing this important building. We look forward to seeing the completed high-end facilities as Phase 2 progresses.” 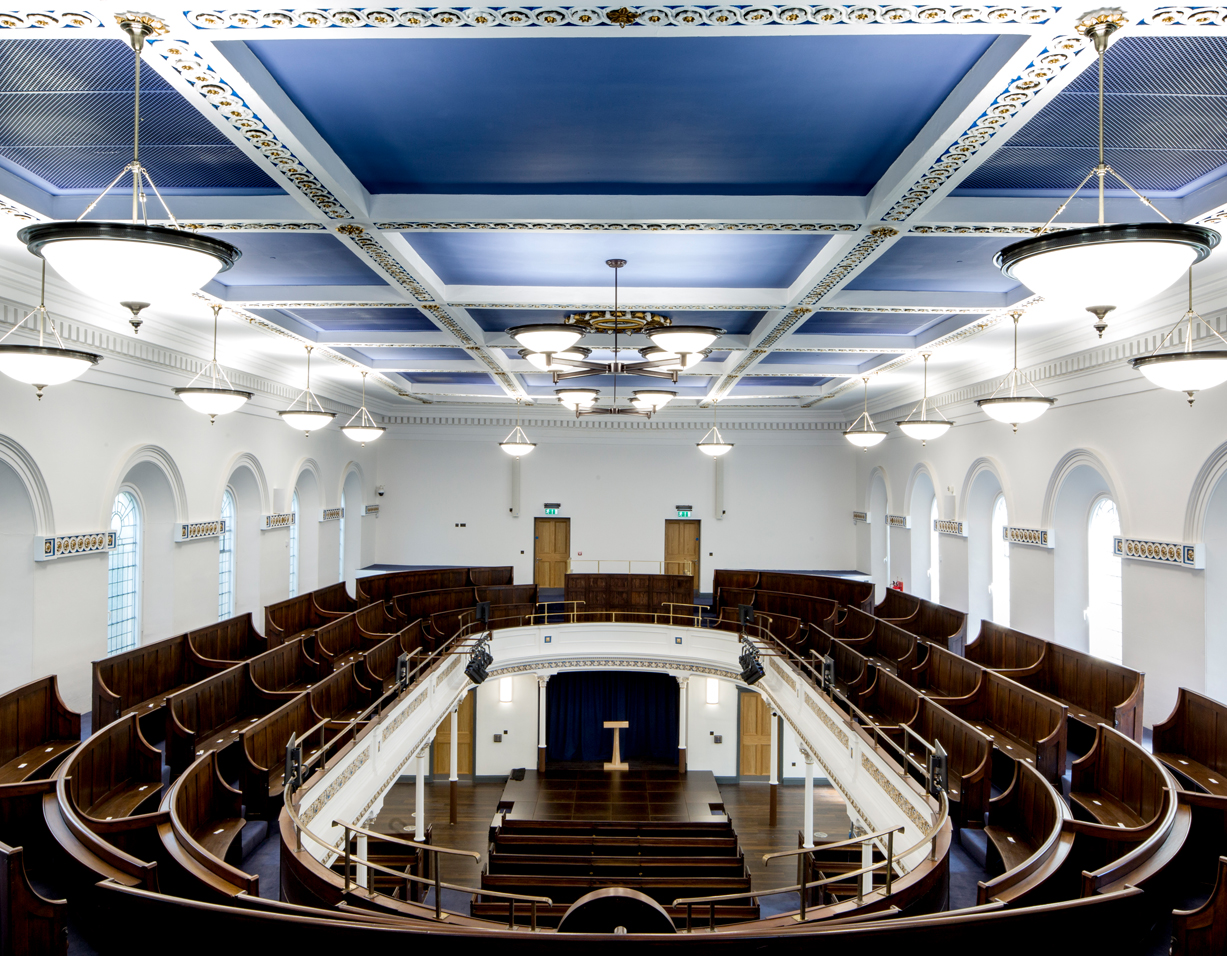