Local contractors and consultants from across the East Midlands donned their football boots and kits in aid of a charity football match at the King Power Stadium, in Leicester.

The match was fought out between an Archie’s Army X1 and a team from Charles Henry & Sons Contractors and the match sponsors comprised of Charles Henry, Oliveti Construction, EL Fencing and YMD Boon.

Architectural and construction consultancy YMD Boon were the proud sponsor of the Archie’s Army team, the game took place on Saturday 18 May 2019, to raise funds for local causes, Archie’s Army and The Vichai Srivaddhanaprabha Foundation.

YMD Boon colleagues Jonathan Warren and Richard Sidgwick, both showed off their skills on the pitch as team members – with director Jonathan scoring the first goal of the match and the game ending with a 7-2 score line to Archie’s Army.

A grand total of £13,500 was raised from the ticket sales, raffles, donations and an auction – with the crowd cheering on their friends, family and colleagues from the stadium seats.

Charity Archie’s Army was launched in October 2015, to raise funds for essential research into Duchenne Muscular Dystrophy – a muscle-wasting condition that currently has no cure. At just one year of age, young Archie Armsden, from Leicester, was diagnosed with the life-changing disease – and his parents are now hoping to raise as much as possible towards Muscular Dystrophy UK, in the hope that a cure is found.

The charity game was held at the King Power Stadium – the home of Premier League football club Leicester City. The Vichai Srivaddhanaprabha Foundation was launched in memory of the late club owner, and works with Leicester-based causes to support and develop the local community.

YMD Boon director Jonathan Warren commented: “We were proud to sponsor the Archie’s Army team at the King Power Stadium. Archie’s Army is a charity especially close to our hearts but we were delighted to raise essential funds for both charities.

“It was a fun and enjoyable day, with both players and spectators getting involved in support of the charities. I had a great time donning the kit and showing off the YMD Boon logo – even scoring the first goal of the game!” 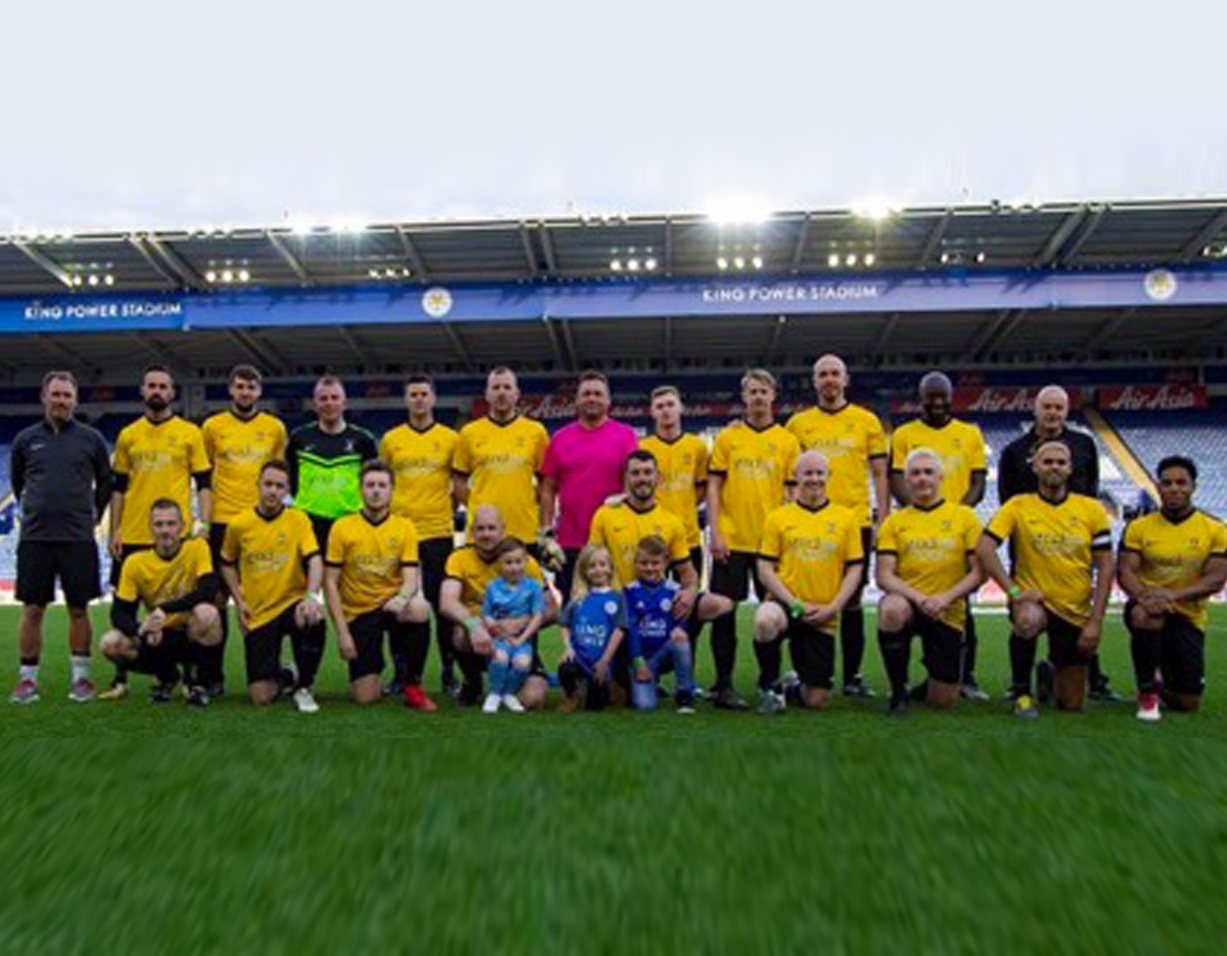